JOIN HomesRenewed!
HomesRenewed is working for YOU and with YOU toward our shared goal of increasing the number of houses updated for aging in place. Rather than the stock phrase “aging in place” we call it to “prepare for life throughout the modern lifespan.” Updating homes is our focus but we, as a country, need to update our institutions, programs and mindsets to solve the array of issues facing our aging population. We need solutions recognizing longevity and the huge number of middle class Americans who need help to prepare for the future. 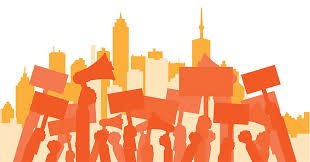 3 Point Strategy
Of course there is more detail and nuance, but HomesRenewed has a basic three part plan:

1. Shape current legislation: The Senate Committee on Aging and the re-authorization of the Older Americans Act. HomesRenewed submitted a letter on falls prevention at the request of the Senate Aging Committee. We are following up with staff meetings on the Hill.

2. Outreach to legislators: In jurisdictions where there are incentive programs for home updates, we are working with congressional representatives to build on their constituents’ interest by introducing federal legislation. This issue can propel them to leadership positions among voters.

3. Introduce an “Affordable Aging” agenda for the 2020 presidential campaign. Growing evidence and media coverage show that large numbers of older Americans are not prepared for retirement or the modern lifespan. HomesRenewed sees updating homes as a linchpin to reducing the costs of aging.

Help us craft the HomesRenewed agenda. We are collecting aging statements from candidates now.* Get started now by sending us candidate statements AND YOUR ideas. YOU can be the committee taking on this important task.

No one else is going to do this. Join the committee.

I share HomesRenewed’s goal and strategy to increase the number of homes prepared for the modern lifespan. I want to join the effort!

I want to volunteer!

Louis Tenenbaum, one of the nation’s leading authorities on aging in place, is the founder of HomesRenewed, a coalition of business, consumers and nonprofits, driving policy and investment to increase the number of age-friendly homes.

Louis has been blogging on these topics for over 10 years. To learn more please visit http://www.louistenenbaum.com/